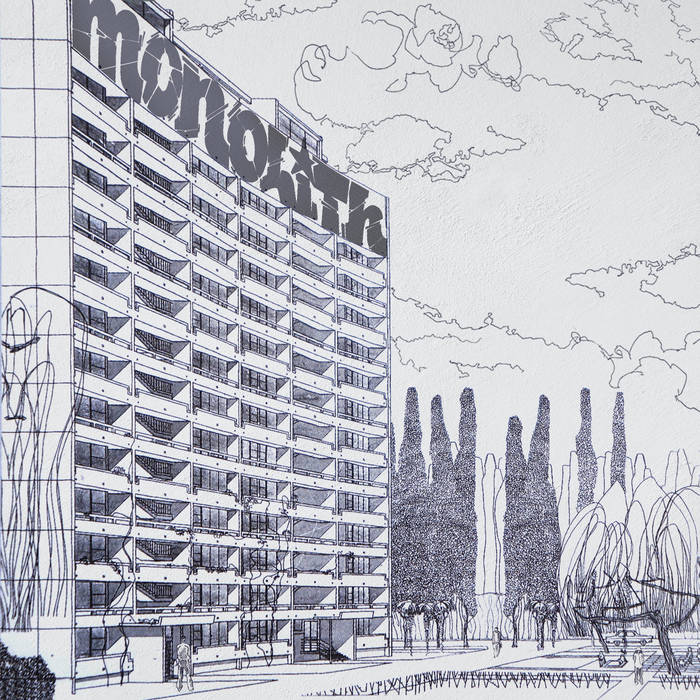 Leonardo Sullivan Now that the full track listing has been released l can finally say this is a great album. Great sampling with a jazzy feel. Love l Loop You, great trumpet playing. 🎼❤️🎼 Favorite track: I Loop You.

Vastzination Very different than his previous albums. Came in with certain expectations and they didn't come true. Now that i opened the vinyl, played it and read the back of the jacket, the whole albums opens up. And its a wonderful one. You can feel the "story" that wants to be told through music. Mature jazz-"breaks" for the mature bboy, ya diiig?!

LTF (Light The Fuse) has a knack for finding breaks, horns, flutes, double basses, and vocal fragments that are waiting for him in the dustiest and deepest crates of vinyl. ‘Monolith’ is the official follow-up to 2018’s ‘Jazz Echo’ LP.

The record is crafted from sampling rare Soviet jazz and funk records from his home country of Russia and other former Soviet countries. Skillfully turned into deep and heavy instrumental hip-hop, using analog synthesizers, dub techniques, and subtle knob turns on a delay pedal to morph the context of these samples.

Just like how James Brown “gives the drummer some” on the iconic ‘Funky Drummer’, the album opens with LTF paying his respect to the horn section with ‘Give The Horns Some,’ over a heavy hip-hop production that’s as deep as it gets. The body-moving ‘King of Funk’ traces back to LTF’s days as a b-boy over a funk-drenched beat, leaving the listener wondering how the sampled middle-aged guy from 1970s Hungary can be so funky… ‘Flute Blaster’ is a distorted and downtempo cut, continued on ‘Messenger’ with an analogue synthesizer and horns taking the trip-hop beat into an otherwordly direction.

The title of ‘Mystic Brew’ might salute the classic virtuoso jazz-funk gem by Ronnie Foster as sampled by A Tribe Called Quest, Madlib & others, but the track (recently featured on Black Milk Music’s ‘BMM Vol. 1’ compilation) is anything but that. The choice for such a deep bassline is no surprise, knowing LTF is a double bass player next to a beatmaker and DJ. Below the hard-hitting drum break on ‘Inside,’ there are hints reminiscent of David Axelrod’s ‘Urizen’—a dusty and rare Soviet sound-a-like of it.

The grooves of ‘Wrong Frequency’ explore the “retro-futuristic Soviet Wave” LTF aimed to present with this project (as explained in the liner notes of the backside of the record sleeve), before things get dreamy with ‘I Loop You’ featuring jazz trumpeter Ivan Akatov. The album’s closing track that’s infinitely looped on the limited vinyl release of ‘Monolith.’

Talking to LTF gives away influences such as Large Professor, The Herbaliser, Pete Rock, Damu The Fudgemunk, and dub engineer and producer Scientist. Sounds that all come together on ‘Monolith,’ on which LTF once again “lights the fuse” for hip-hop heads and crate-diggers alike.

Mastering by Eugen Shmidt, USSR Studio, Omsk, Russia
Recorded in Moscow, Russia during 2019-2020
Design by Alex “Stan” Shimanov
Photography by Zhenia Kor
Trumpet on 'I Loop You' by Ivan Akatov

Hip hop’s influence has permeated territories far removed from its Bronx origins, spawning creative and surprising fusions that strengthen the art form’s global reach. Case in point: Anton Ivanchenko, residing in the southwestern Siberian city of Omsk, has been obsessed with funk, hip-hop, and b-boy culture since the ‘90s. ... more

Bandcamp Daily  your guide to the world of Bandcamp

Cannibal Corpse's George "Corpsegrinder" Fisher stops by for an interview